HIV AND AIDS IN THAILAND 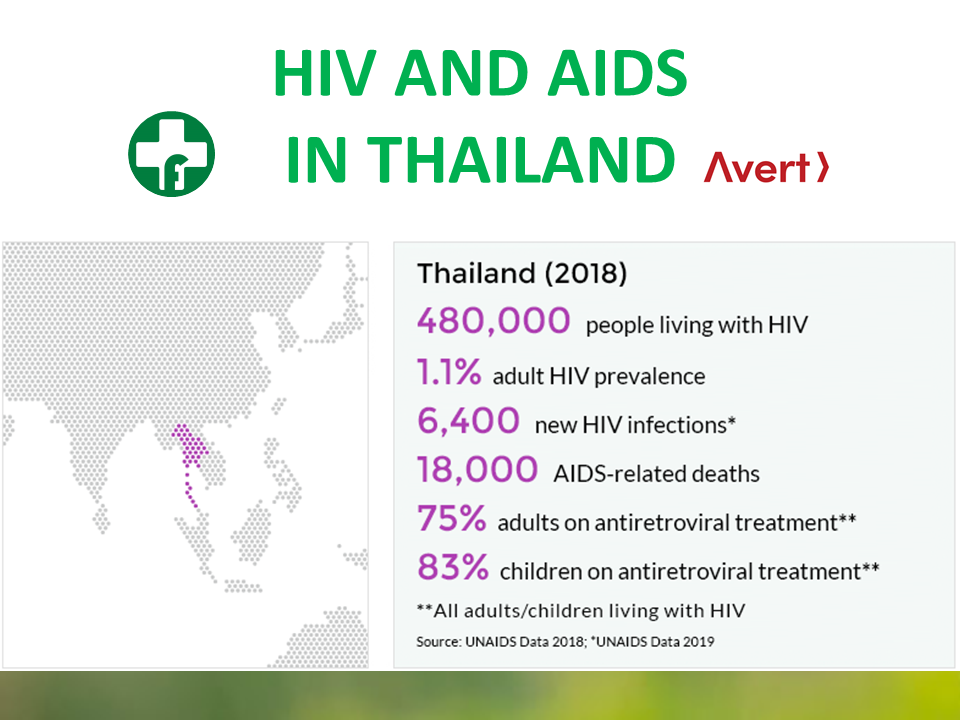 Of Thailand’s population of more than of nearly 70 million, it was estimated that 480,000 people were living with HIV in 2018 and that 18,000 people died of AIDS-related illnesses.1 After sub-Saharan Africa, Asia and the Pacific is the region with the largest number of people living with HIV, with Thailand home to a large proportion of the region’s HIV positive people.2

Thanks to successful HIV testing programmes, Thailand has reached the first 90 of UNAIDS’ 90-90-90 targets as 91% of people living with HIV in 2016 were aware of their status. Of those people who know they are HIV positive, 80% were on treatment, more than 95% of whom were virally suppressed. Overall, this equates to 75% of all people living with HIV being on treatment and 73% being virally suppressed.3

Thailand’s HIV epidemic is concentrated among certain key populations. Those most affected are men who have sex with men, sex workers, transgender people and people who inject drugs. Spouses of these populations, migrants and prisoners are also more vulnerable to HIV than others.4

HIV prevalence is declining in Thailand due to successful HIV prevention programmes. A study has shown that nearly 10 million people avoided HIV transmission because of early intervention programmes with key affected populations between 1990 and 2010.5 Between 2005 and 2016, AIDS-related deaths declined by almost two thirds.6

There were 6,400 new HIV infections in Thailand in 2018.7 Most will have occurred through unprotected sex, which is estimated to account for 90% of all new HIV infections. Unsafe injecting drug use is the second biggest transmission route.8

Of all new infections in 2016, around 44% occurred among men who have sex with men, 10% among sex workers and their clients, and 11% among people who inject drugs, making these population groups a priority for prevention work